Pagan priestesses unveil a web of intrigue, betrayal and redemption in this Gnostic rock re-imagining of the Passion of Christ. The dysfunctional relationships, marriages and political machinations of two dynastic families intertwine to shape Jesus' final days in this female-centric rock musical about the Bible's bad girls, Mary Magdalene and Salome Herodias, and the guitar playing messiah they follow.

Holy Whores and Heretics the Secret Life of Mary Magdalene is a 5-hour micro budget rock musical mini-series that restores the feminine voice to the Jesus narrative.

Combining the soaring romanticism of Shakespearean and Greco-Roman plays, with the musical theater of Jesus Christ Superstar, and modern absurdist humor of Monty Python and the Holy Grail, Holy Whores and Heretics entertains and enlightens.

Holy Whores and Heretics is fully developed and ready to re-cast and re-shoot for cable or streaming platforms at enhanced studio budgets. Two more seasons are in development that follow the characters to France, and fast-forward to Middle Ages to recount tales of the Cathars and the struggle between the Pope and French Heretics.

Rich language, complex relationships and relatable characters give this 5-hour story teeth, and the gravitas of “Game of Thrones.” Pathos is leavened with humor, and lengthy chat-fests nicely balanced with songs, cast spectacles, dancers, fire jugglers, acrobats and gymnasts, and gorgeous exteriors.

The rock soundtrack is au currant for today’s sophisticated audience, to attract A-list Rock and Roll and Broadway talent. A cast of proven acting talent with vocal chops will attract a budget, studio, and the youth audience, paving the way for collateral marketing of soundtrack LPs, CDs, retail costumes, tee shirts.

Cosplay encouraged! Holy Whores and Heretics was written for the stage in three parts, like Wagner’s Ring Cycle. Two stages can easily be re-dressed to accommodate the action throughout, with a staged outdoor area for some exteriors. Single-night performances can be accomplished by staging three areas simultaneously, as audiences choose their experience, and return for a different perspective. A live band provides soundtrack, as audience members interact with cast wearing headsets in a set-designed immersion environment where costumed audience members become part of the living theater. 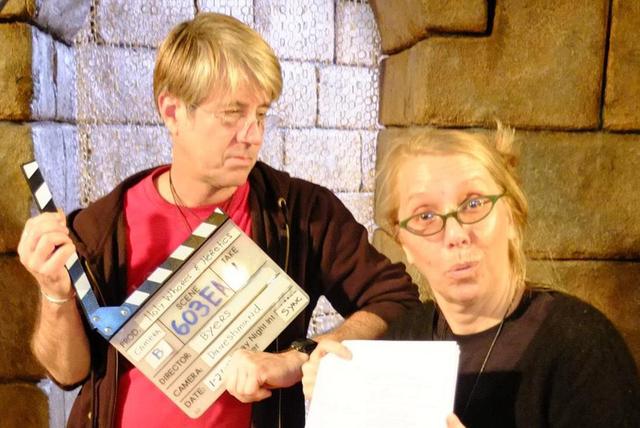 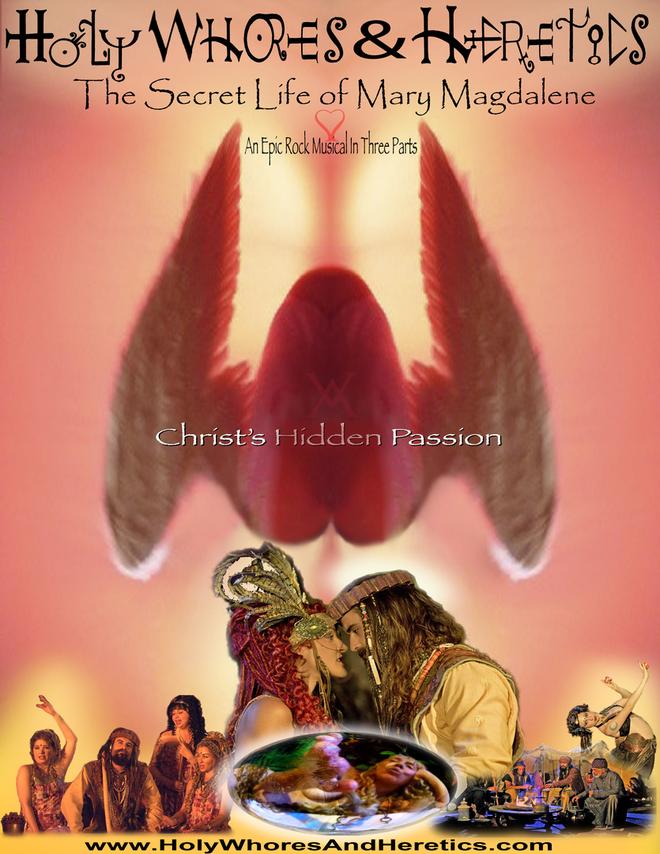 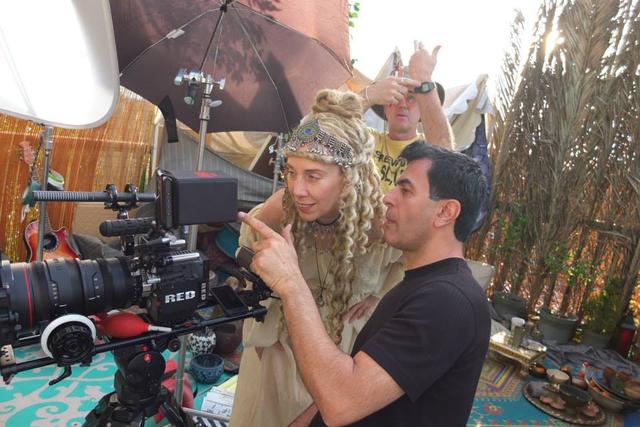